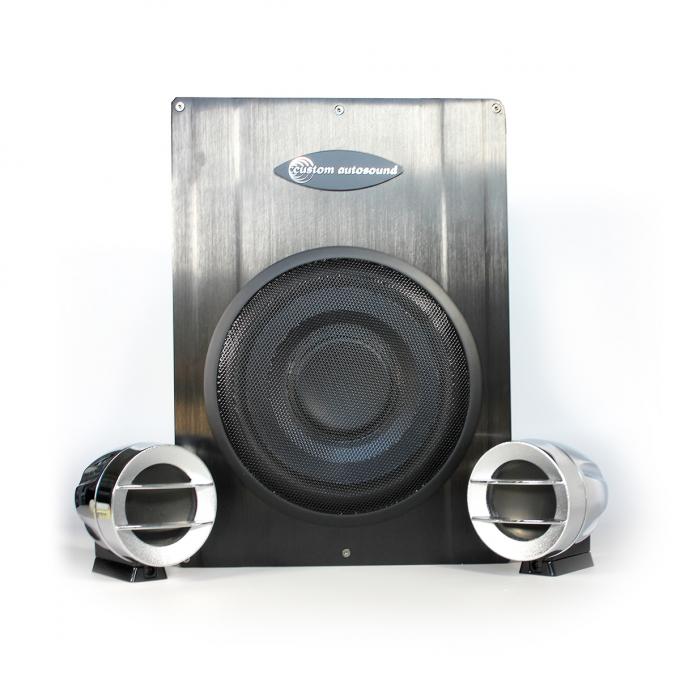 0 reviewsWrite a Review Add to Wish List
This product has universal fitment. Please check description and specifications to ensure that this product will work with your vehicle.

“The System” solves the age old problem of where to put speakers in classics, customs and streetrods. “The System” allows you to keep the integrity of your vehicle intact yet enjoy quality sound like many of us have in our new cars. Satellite speakers look like AC vents and can be mounted under the dash, on the kickpanels or even the back package tray. The woofer is optimally mounted under the seat but can be mounted in the trunk if space requires it.