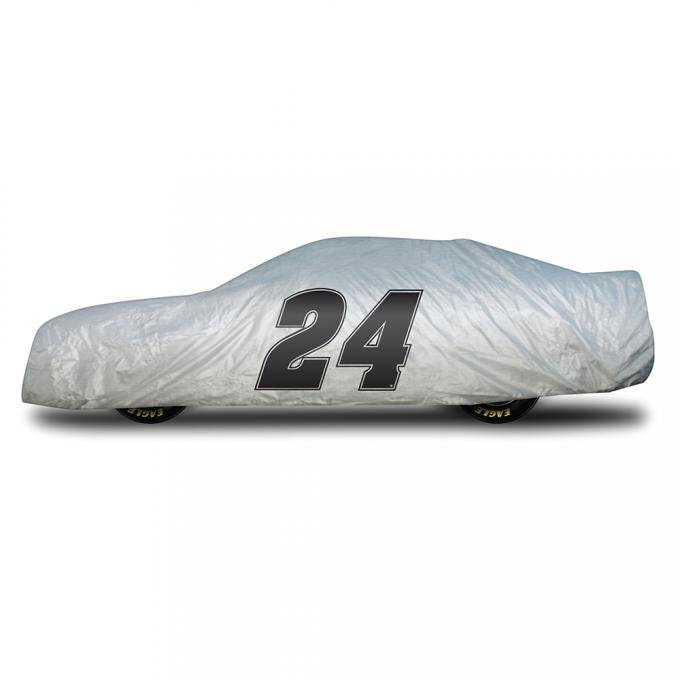 0 reviewsWrite a Review Add to Wish List
Supplier has not provided any fitment data for this product.

Since the mid 1990s, the number 24 gained a massive amount of prestige in stock car racing competition with Hendrick Motorsports and Jeff Gordon. From 1992 to 2015, Gordon established a superstar legacy in the NASCAR Cup series with the number amounting 93 race victories that include 3 Daytona 500 wins and four series championships. The #24 would be adopted by 2016 rookie and future Cup series champion Chase Elliott where he competed with the number for two years. Since 2018, the #24 has belonged to driver William Byron. Made of a high quality protective material, this #24 Elite Premium™ car cover is an excellent way for 1997-2013 model year Chevrolet Corvette owners to connect with auto racing greatness.